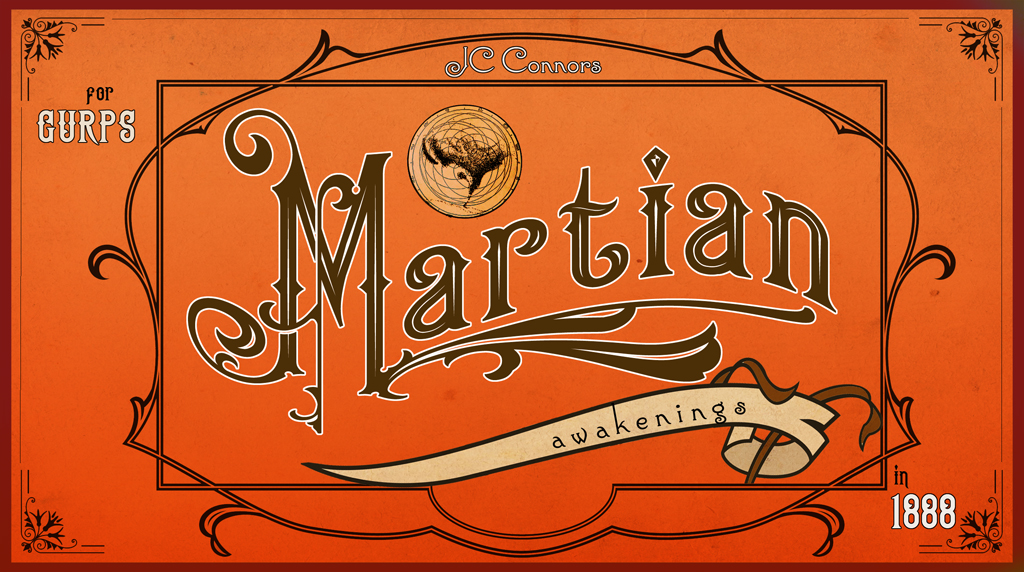 One-shot adventures are a great opportunity for GMs to try something new. Without the pressure of setting up an ongoing campaign, GMs can take more risk on setting, genre, and available character types. The stakes can also be materially higher in a one-shot. No one cares if the world comes to an end after a one-shot! (Which is probably why Lovecraftian horror is a favorite genre at conventions…)

For this month’s adventure, I wanted to try something I hadn’t ever done before. I surprised myself and ended up with a steampunk-era swords and planets adventure, a setting I’ve literally never written an adventure for before. And unless you count flipping through a Castle Falkenstein book once, I don’t think I’ve ever played in a steampunk adventure either!

So how did I fall into this unfamiliar genre? Oddly enough, it happened while reading reviews of old 1990s videogames. While looking for inspiration for an Edgar Rice Burroughs-style jungle adventure, I stumbled across a review of an old game I fondly remembered playing – 1990’s Worlds of Ultima: The Savage Empire. That then led me down the internet rabbit hole of a game I never played – 1991’s Worlds of Ultima: Martian Dreams.

I was only vaguely familiar with Martian Dreams. But reading the game’s old reviews, which lavished praise on the weird trappings and strange steampunk setting (even for 1991), I was inspired to build an adventure around a similar concept. I fell in love with the idea of Victorian-era strangers being trapped on Mars rescuing historical figures (although I avoided too-famous figures in my version, staying away from the Teslas and Lenins in favor of a more diverse cast of lesser-known historical figures. Ellen Elgin anyone?)

With only the single Martian Dreams review in my mind serving as inspiration, I concocted Martian Awakenings a few weeks later. I’m not enough of a steampunk expert to say whether or not my adventure nailed the genre, but I think I nailed the atmosphere that Martian Dreams went for some thirty years ago.

Writing an adventure purely inspired by a short review of an ancient videogame made me wonder if this was a method I could recommend to other GMs. I spent an hour or two digging around, and lo and behold, I found a treasure trove of obscure videogame premises that I’ll go back to someday for other one-shots:

Have any old videogame concepts inspired your RPGs? Even if you’ve never actually played them? Please share!

While I usually try to post my adventures using a couple of RPG systems, this one is GURPS-only. I have to give GURPS a high-five because it let me easily throw together a Victorian-era, one-shot on Mars with giant bugs, Martian plant-men, historical figures, sky chariots, and big elephant guns. Download the adventure Martian Awakenings here:

If you run the adventure or play in it, all that I ask is that you let me know what you thought and how it went. Comment below or tweet me @SageThalcos