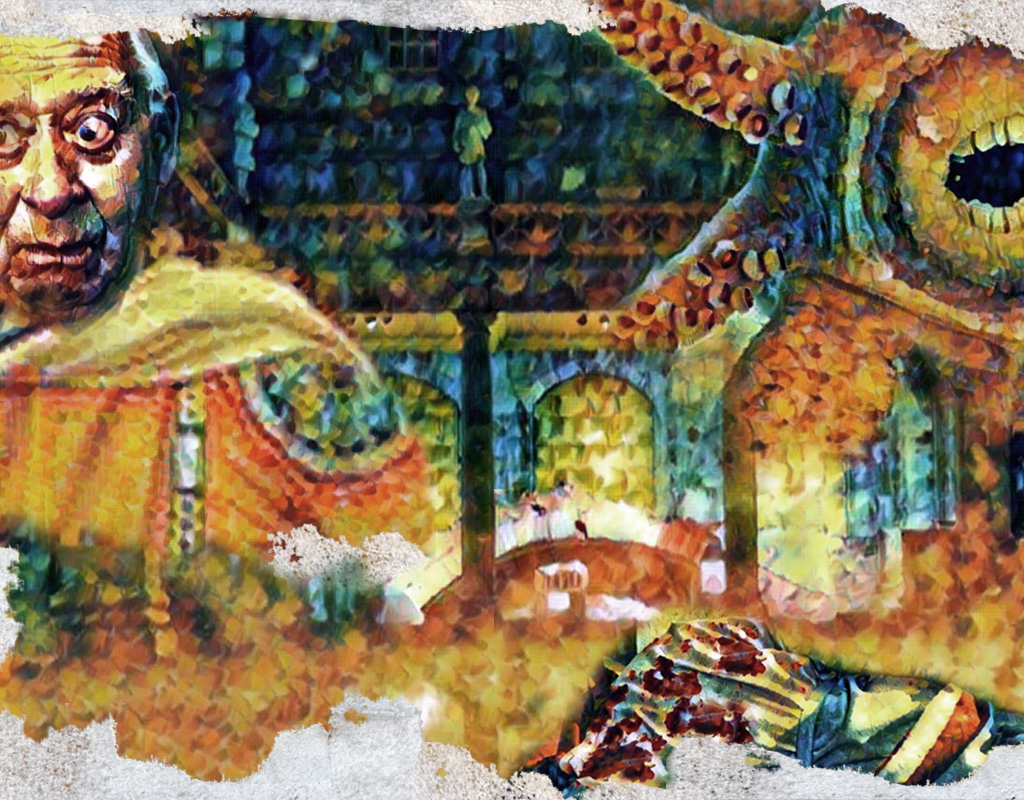 Downplay the Supernatural, Increase the Terror – Feast of Odoacer

Horror RPGs appear to be going through a resurgence, at least according to my own convention statistics. It’s easy to fill up a game of Call of Cthulhu these days, even at a small convention, and my GURPS Horror historical crossovers do well too.

As most horror writers will tell you, the best horror is deeply connected to human emotion. Vampires represent disease, werewolves the unstoppable force of nature, and Lovecraft’s elder gods the fear of the vast universe around us. I thought the fear of change would make a good basis for a horror adventure.

Setting the one-shot in the dying days of the Roman empire was an easy choice. Change was constant in the 5th century. Kings replaced emperors, barbarians became kings, the church was growing in power, and once-great cities like Rome and Ravenna were on the verge of ruin. Desperation was everywhere, I wanted to make this the emotion that ran through the adventure.

The setup of the adventure is straightforward. King Odoacer, one of the last rulers of the empire, is days from ruin. Ravenna is under siege, and he’s agreed to co-rule with the barbarian king at his doorstep, Theodoric. Desperate for any solution to fend off Theodoric, he sends the PCs on a late-night mission to find a miracle that a mad monk claims to have. Fast forward to an vile sea carcasses, an evil cult, and a feast that plays out like an episode of Game of Thrones (that last part isn’t mine… read the actual history of Odoacer’s death!)

To create the feeling of desperation I wanted, every NPC in the adventure is offering choices to the PCs to get out of their situation. Some want them to betray their king, some want them to flee like cowards, others want them to go down a dark path of using clearly-black magic. Everyone is desperate, and everyone offers the PCs a difficult choice – none of which are good.

What surprised me about this setup is that the supernatural elements of the adventure started not to matter. The desperation and difficult choices of the adventure became the horror of it, and the evil cult was just one other actor in a situation everyone was going to lose.

At first, when I realized my evil cult was losing its raison d’être, I panicked. I spent months thinking about how to inject more supernatural horror elements into the adventure. I considered new evil monsters the cult could summon. I thought about a dark cave that could be their headquarters, filled with gruesome sacrifices. I begged my friend Geoff Card (the talented lead designer of the State of Decay videogame – check it out!) to give me more motivation for the cult.

Eventually (and with a convention game looming), I decided to downplay the supernatural. There’s no summoned monsters, no ritual sacrifices. In fact, if the GM removes one or two elements from the adventure, he could run it as a straight up historical adventure, where the evil cult is just another bunch of deluded fools in a desperate situation, and the horror comes from the choices you make to survive an unwinnable situation.

Did downplaying the supernatural work? It definitely helped to create that desperate atmosphere I was originally going for. Without monsters to kill or clearly-obvious magic, the players couldn’t resort to the pulp-action sensibilities that are common in most horror RPG adventures. In fact, my players at Dragonflight steered far away from any supernatural potential. Strange carcass? Stay away from it. Offer to teach a ritual? Nope. Evil cultists? Kill the leader because he’s a wild card, not because his plan will actually work.

Anyone else try removing supernatural elements from an adventure to better ramp up the horror and atmosphere? Let me know on the comments below, or tweet me @SageThalcos