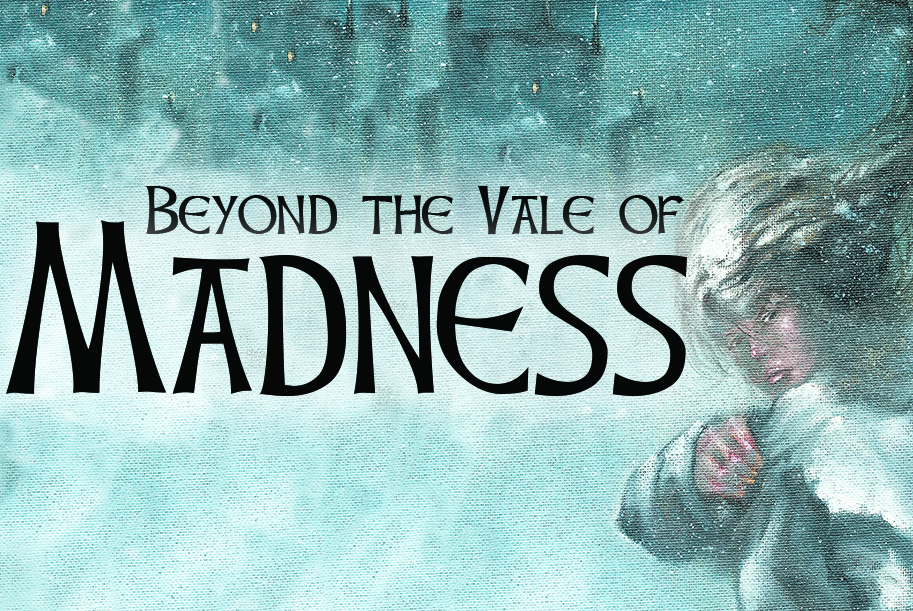 Solo Adventures – Beyond the Vale of Madness

The first adventure for a generation of roleplayers was Bargle’s underground lair. Featured in the 1983 red box set, this D&D solo adventure did a fantastic job of teaching rules, introducing bizarre monsters (the dreaded rust monster!), and even giving characters a compelling emotional reason to delve into a dangerous dungeon — the murder of Aleena, a iron-tough, beautiful cleric brought to life on the page by Larry Elmore himself.

This first solo adventure was magical. While it was only a slightly more evolved Choose Your Own Adventure experience, it still managed to capture what was special about Dungeons & Dragons. While TSR would write a few more solo adventures over the years, I don’t think any were as authentic as the original.

Years later, when I picked up GURPS, I was equally thrilled that the early editions included a solo adventure, “All in a Night’s Work”. Again, many of my new characters attempted the burglary of that poor merchant’s house (who really should have hired a better guard).

In the 90s, I was working at Avalon Hill authoring a sword-and-sorcery reboot of the RuneQuest RPG. Dubbed RuneQuest: Slayers, myself and co-author Christopher Lawrence were equally nostalgic about our first roleplaying experiences. Thinking of Bargle’s tunnels, I insisted that RuneQuest: Slayers should also feature a solo adventure to teach the rules and capture the dangerous feel of the game. While RuneQuest: Slayers would go unpublished due to the acquisition of Avalon Hill, that solo adventure was one of the parts of the game I most enjoyed writing.

This week, as I obediently shelter in place, I found myself once again reminiscing about Bargle, Aleena, and my burglaries. I thought that maybe other gamers trapped inside — or their kids — would enjoy that old adventure. In a couple of days, I converted “Beyond the Vale of Madness” to both Dungeons & Dragons and GURPS. Enjoy!

Get BEYOND THE VALE OF MADNESS (D&D 5E)

Get BEYOND THE VALE OF MADNESS (GURPS Fantasy)

If you enjoyed this adventure, all that I ask is that you let me know what you thought and how it went. Comment below or tweet me @SageThalcos

Also, If you enjoyed this cold and wintery adventure, be sure to check out Cold Bounty, which works as a nice tabletop expansion to this tale.