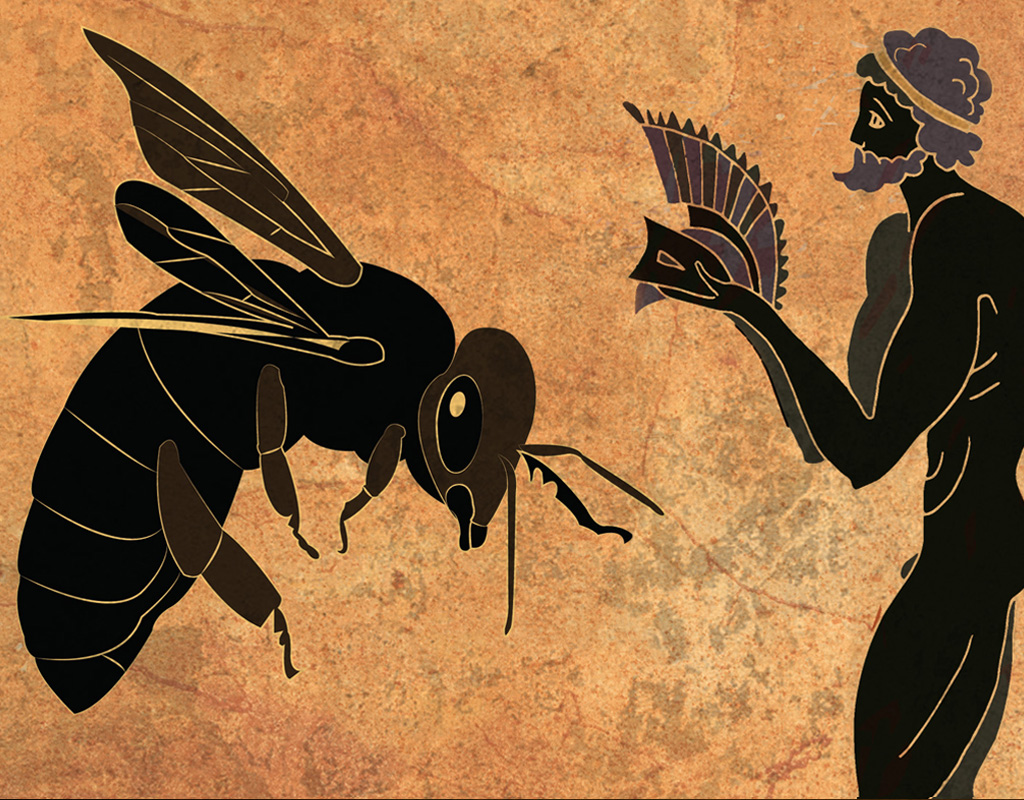 This month, it’s off to Heroic Greece with The Honey Tree of Pelion, a GURPS adventure that challenges the PCs to assuage angry gods, perform mighty physical feats, and save a city from the hubris of its king. As I hearkened back to my love of Clash of the Titans to write this adventure, I discovered that even Homer had some ancient sage advice for GMs:

“Words empty as the wind are best left unsaid.” -Homer

NPCs have always had an awkward place in roleplaying games. From D&D’s earliest hirelings, equipped with nothing but borrowed lanterns and 10′ poles, to the dying strangers in the tavern who desperately need some old artifact from the local crypt, GMs have struggled to find the right balance with their own cast of characters. Without NPCs, adventures are devoid of life, feeling like the tactical fetch quests of too many videogames. But when NPCs take the spotlight and actively participate in the plot, the players can lose agency as their own actions fade to the background.

Inspired by Homer’s advice, I decided to create an adventure where colorful NPCs didn’t have anything material to say or do. This approach was made much easier by a mythic Greece setting. If you study the patterns of Greek mythology, you’ll see many examples of strange and wonderful men, women, and monsters that show up… and then vanish without much impact to the plot:

I used these kinds of events as a model for NPC interaction in The Honey Tree of Pelion. Antaeus, Sciron, and Hippomenes are interesting characters but have zero contribution to the main story, except to make the hero look more heroic.

The Honey Tree of Pelion as a straightforward three act adventure, something players could easily finish in a few hours. In the first part, the players recover a divine gift, but their king immediately screws it all up by blaspheming the gods at his festival. In the middle, the players journey to find items worthy of divine sacrifice. In the final act, the players must struggle to recover a MacGuffin out of the reach of most mortals.

There is almost, literally, no need for NPCs in this outline. Even the king, who technically kicks off the plot with his idiocy, isn’t required – he is really only there to make sure the tropes of the genre get their spotlight. There are no quest givers, no folks who have critical clues, no archvillains to be defeated before reaching the goal. The PCs can overcome nearly everything in the adventure with their character’s ingenuity, abilities, and skills.

But Homer also said “Light is the task where many share the toil” so I then injected lots of unnecessary, but fun, NPCs into my structure:

I want to keep emphasizing that none of these NPCs are critical to the adventure. Yes, they can provide hints and clues and background information (especially in the event the PCs botch skill rolls). They can help and hinder the PCs. But, each character generally has their own motivations that are entirely separate from the PC’s adventure.

But Did It Work?

Did this approach work in actual play? Yes. The players agreed that not only did the NPCs help make the adventure feel more alive, but also that once they realized that these NPCs weren’t critical to the plot, they could interact with them in a more relaxed, fun manner. The players didn’t have to worry about handling an NPC a certain way because they knew the NPC had a critical piece of the plot… they could just interact with them like their characters would. Lastly, the players expressed the colorful personalities made the adventure feel more like the ancient Greek myths we were trying to emulate. One player even wrote a sidesplitting poem in the demigod Acostos’ honor, included in the pdf.

However, not all the NPCs were as memorable as I hoped. In particular, the lonely nymph needs much more work to add dimension to her, and some of the smaller characters, like the servants and guards at the beginning, need a few more defining traits for them to participate at all. I bet some GMs who don’t like improvising as much may wish the NPCs had more histories and details spelled out. But before I make any changes, though, I’ll give it another run soon.

Get THE HONEY TREE OF PELION (GURPS Greece)

Get THE HONEY TREE OF PELION (GURPS Greece) - Printer Friendly

Get The Honey Tree of Pelion (D&D 5E)

Get The Honey Tree of Pelion (D&D 5E) - Printer Friendly

Get THE HONEY TREE OF PELION - VTT Tokens & Assets

If you run the adventure or play in it, all that I ask is that you let me know how it went! Comment below or tweet me @SageThalcos