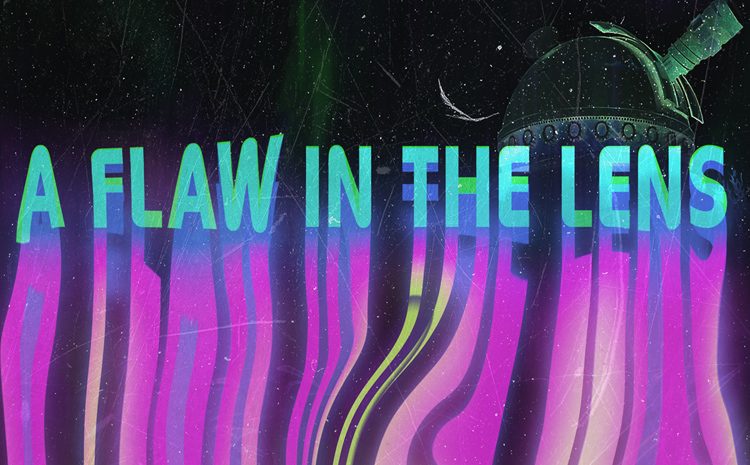 More Eldritch Obscurity – A Flaw in the Lens

Last year, I did a fun game design experiment where I asked Call of Cthulhu fans what some of the most underused and forgotten Lovecraftian monsters were. I then took one of those obscure creatures — the alien Insects of Shaggai — and wrote an entire adventure around them. Centering an adventure around a monster that you’re totally unfamiliar with was not only a challenging design exercise, but it also creatively tilted my adventure in ways I didn’t expect.

A year later, I thought I’d do it again.

Family Reunion in Need of a Monster

Unlike the first time I did this design exercise, this time I started with a setup in mind. To celebrate a return of real-life conventions, a fellow GM and I decided that we’d run a horror game for two, simultaneous groups of players. We had done this before with The Strange & Sunken Fate of Karl Heinrich, and it was a blast for all. While each game is mostly standalone, there are moments where players can communicate and interact with each other to help each other survive.

So in this new adventure, each group of investigators will explore the same, remote Mexican island during a would-be family reunion set in the 1970s. Of course, this all goes horribly wrong, and the two groups end up on the run, facing eldritch horrors and evil cultists, again, with a few moments where they can send messages back and forth to each other to share knowledge.

With that setup in mind, I asked Reddit for help on what kind of obscure, Lovecraftian creature might live on this remote island off the coast of Mexico. While Chupacabra was an early favorite (!), it was quickly overtaken by the adumbrali, bizarre shadow creatures that are entirely two-dimensional, and can’t even begin to deal with the vertical nature of our world:

There were things in the abyss, he said in hoarse tones, great shapes that were like blobs of utter blackness, yet which he knew to be alive. From the central masses of their beings he could see them shoot forth incredibly long, filamentine tentacles. They moved themselves forward and backward horizontally, but they could not move vertically, it seemed. They were, he thought, nothing but living shadows.
— Robert A.W. Lowndes, “The Abyss” (1941)

The adumbrali were perfect cosmic villains, and obscure enough that they didn’t even make it into the newest edition of the Malleus Monstrorum. Not only are they stealthy, nigh-unstoppable tentacled shadow monsters, but they also freeze the eyes of their victims into a stare “which seems to see into another plane,” while leaving them with weird glyphs on their skin. If horror is about setting up tension early on before revealing the big scary menace, corpses with their eyes frozen open make for wonderfully sinister evidence.

With these interdimensional bad guys in place, the island that would host the PCs’ family reunion more easily took shape. The beauty of starting with a setting and a strange monster is that the rest of the adventure just sort of creates itself:

The island in A Flaw in the Lens was once the home of an eccentric 19th century astronomer, who used ancient lenses and extinct languages to see into worlds and universes that he shouldn’t have. His experiments inadvertently brought the adumbrali to his island, but before his death, he was able to send them into hibernation for many years. Almost a hundred years later, the PCs’ uncle has resumed the original astronomer’s work, and soon after arriving on the island for a family reunion, the PCs realize that they are hours from being overwhelmed by impossible, inter-dimensional threats!

What are some of your favorite, obscure monsters that would make for the centerpiece of an adventure? (And please, please don’t say zombies.)

Get A Flaw in the Lens – FREE!

The Flaw in the Lens (GURPS Horror)

The Flaw in the Lens (GURPS Horror) - Printer Friendly

The Flaw in the Lens (Call of Cthulhu)

The Flaw in the Lens (Call of Cthulhu) - Printer Friendly

The Flaw in the Lens - VTT Assets