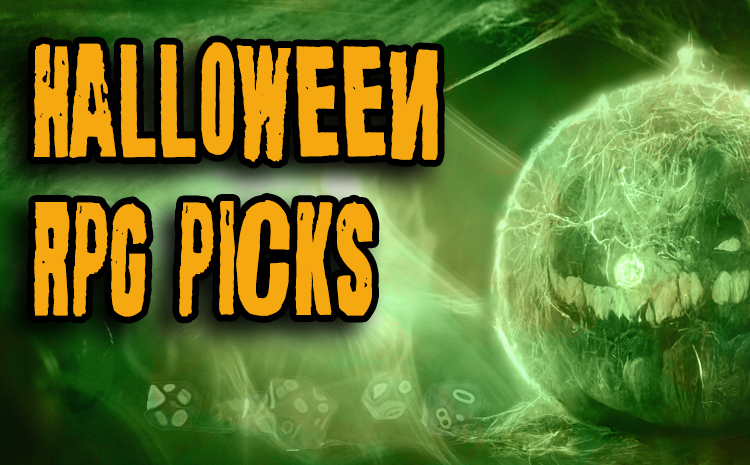 Horror makes for one of the best genres for one-shot RPG adventures. Horror adventures are usually short, with many of them easily able to be finished in just one night. Horror characters are usually archetypical and fun to play. Roleplay a crazy old cat lady for a campaign? No way! But for one night, where she’s likely to get eaten by a deep one? Absolutely.

There’s also a terrific selection of well-written horror adventures out there. They run the fall gamut from old-fashioned haunted house adventures like Call of Cthulhu‘s exemplary classic, The Haunting, to science fiction horror that brings the feel of some of your favorite movies to the table — see the Alien RPG’s Chariot of the Gods as a fine example. Whether your idea of horror is something slow paced and investigative, or hordes of zombies breaking down the door, you’ll find something out there.

In October, it becomes a no-brainer to give a horror one-shot a try. As a GM, my players have never said no when I suggest a horror one-shot this time of year. And players – your GM legally can’t say no if you ask her to run one for you and your friends. It’s true!

There’s lots of free adventures on this site. The 1950s schlock horror adventure Those the Comet Brings looks like it’s going to be the number one downloaded adventure two years in a row. That adventure was a blast to write because I just watched a few 1950s movies and channeled everything I saw into the adventure — rebellious teens, aliens with abilities that make no logical sense, and a foreboding sense of cold war paranoia. This one is also pretty straightforward to run, especially if you’re a new GM to horror roleplaying.

If haunted houses are more your style, check out Thrusher Manor, a rich adventure that traps the heroes in a cursed housed with a deep backstory and rich cast of characters. Thrusher Manor taps into theological horror — with demons, lost souls, and enough real history to make the manor come alive. This adventure is for groups who really like investigation and roleplaying, since it’s very sandbox-y and virtually all of the combat can be avoided.

Finally, if you’re looking for something Lovecraftian, check out The Strange & Sunken Fate of Karl Heinrich, a direct sequel to H.P. Lovecraft’s short story “The Temple”. Decades after a German U-boat goes missing, a university expedition rediscovers its wreckage. The end result is a dimension twisting experience with a Mythos monstrosity awaiting in its finale.

A Top 10 of Best Horror Adventures

And if you’re looking for other recommendations for Halloween, check out my Top 10 List of Horror Adventures, which pulls from all game systems — from Call of Cthulhu classics to the mists of Ravenloft and more. Enjoy