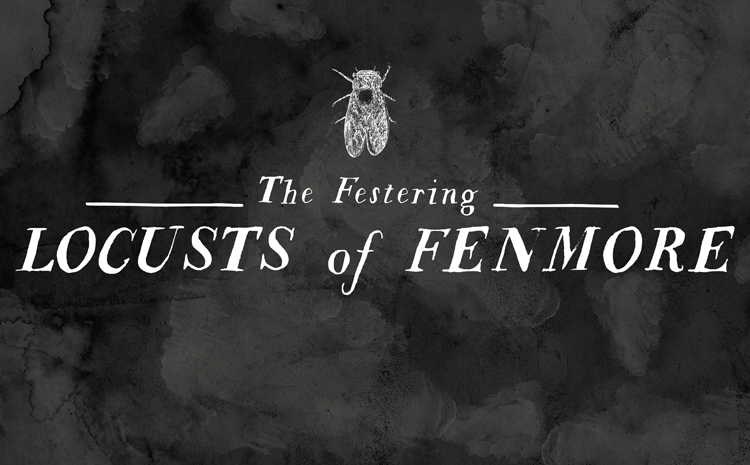 Casting a Rare Monster – The Festering Locusts of Fenmore

Last month I asked Call of Cthulhu fans for suggestions of rare monsters. I wanted to know which Lovecraftian monsters had rarely, if ever, appeared in a scenario. My challenge to myself was to write an adventure based around an obscure monster I had never heard of.

I received lots of suggestions. The Hounds of Tindalos were mentioned several times (which surprised me), Colours from Outer Space were called out as frequently MIA, and even Cthulhu himself was said to be a rare occurrence. Unsurprisingly, no one volunteered Deep Ones…

One particular fan shook his fists towards the stars and mentioned the Insects of Shaggai were almost never seen. I wasn’t really familiar with these strange alien insects, who appear only a few times in some of Ramsay Campbell’s spinoff stories. Intrigued by the mysterious bugs, I tracked down a copy of the original short story and was left scratching my head.

For those of you not familiar with the Campbell story, the protagonist stumbles upon a strange, buried pyramid in the woods. He climbs inside and is immediately possessed by one of the Insects that live inside. The Insect uploads a database of alien history into the man’s head, which horrifies and befuddles him. In true Lovecraft fashion, he vows to kill himself before the story’s end.

So why haven’t the Insects of Shaggai been popular opponents in RPG adventures? On the plus side, they have some fantastic elements of body horror about them. Not unlike xenomorphs, they look for human hosts, embed themselves inside your brain, and then wait until dark to do something horrible with you. That’s great horror material!

On the flip side, while the insects are intelligent and devious, they don’t really seem to have a clear motivation or plan. And they’re kind of pathetic. They are stuck on Earth, and they don’t ever really leave their home. Their tech is all broken, their only allies are dumb, carnivorous trees, and the one thing their backstory makes clear is that they’re being chased around the galaxy by elder things worse than them.

Undeterred by their flaws, I made the Insects of Shaggai a key part of this month’s free adventure, The Festering Locusts of Fenmore. In this adventure, the PCs are colonials eking out a living in the vast, war-torn wilderness of New York. When a friend asks them to visit his loner father and evacuate him south, the PCs soon find themselves caught up in the man’s dark secrets. (If you’re looking for Lovecraftian horror through the lens of The Last of the Mohicans, this adventure may be up your alley…)

When you’re basing an entire adventure around a monsters, there’s a few guidelines to follow:

Download the free adventure, The Festering Locusts of Fenmore here:

Get FESTERING LOCUSTS OF FENMORE (Call of Cthulhu)

Get FESTERING LOCUSTS OF FENMORE (Call of Cthulhu) - Printer Friendly

What are some of your favorite, unusual RPG monsters? Have you ever run or played in an adventure that starred them? Let me know in the comments below.

Related: Lovecraft in the Ice Age