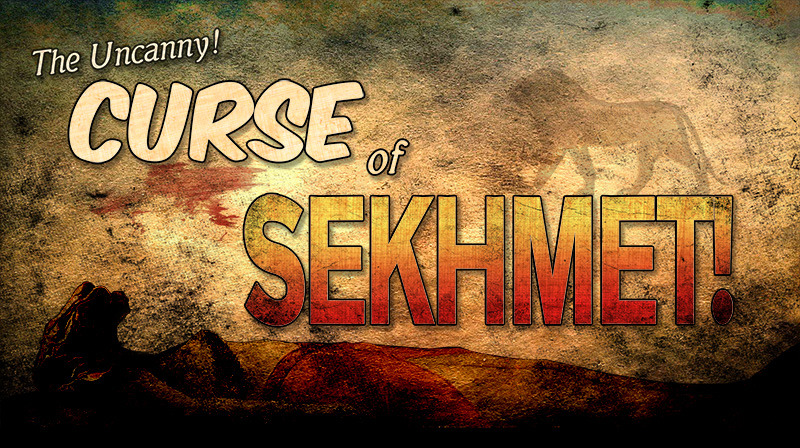 Use Your Outtakes – The Curse of Sekhmet

One of my favorite pieces of movie trivia is that the famous mine car chase from Indiana Jones and the Temple of Doom was originally planned for Raiders of the Lost Ark.

If you read the original Raiders screenplay, you’ll find the scene at the very end. After Indy and Marion recover the ark from the Nazis, they are forced to escape the island via a rollercoaster mine car adventure. While that scene was never filmed, it was repurposed years later, swapping Nazis for Thuggee cultists.

While I was writing the pulp adventure The Lost Jewels of Eire, I ended up with a strikingly similar situation. I had two scenarios I had outlined and couldn’t wait to include somewhere in the adventure:

In order to keep The Lost Jewels of Eire to a reasonable, one or two session length, that airplane set piece and Calcata story element got cut. But I kept thinking about them, and how fun it would be to revisit them.

Remembering the Raiders mine car chase, I eventually decided to write an entirely new adventure using those two cut elements as the pillars. The Uncanny Curse of Sekhmet, a sort of prequel to The Lost Jewels, swiped my outtakes above. The adventure kicks off with the aerial brawl and crash lands (maybe literally) in Calcata, just as a sinister heist is taking place.

I made a few changes to the original ideas to get the outtakes to fit into a new adventure. Bank robbers replaced my Italian agents, and Calcata became less of a big destination and more of a stopover. But these two outtakes became the starting pillars for a completely new adventure, which then sends the PCs tomb raiding across Egypt in a race to find a secret buried for thousands of years.

The lesson here is don’t throw away your outtakes. Keep them and reuse them — or even better, build an entirely new adventure out of them.

What are some great adventure hooks you’ve cut from your games only to use them later? Let me know below.

Download The Uncanny Curse of Sekhmet for both GURPS and Pulp Cthulhu here:

Get THE UNCANNY CURSE OF SEKHMET - GURPS Cliffhangers

Get THE UNCANNY CURSE OF SEKHMET - GURPS (Printer Friendly)

Get THE UNCANNY CURSE OF SEKHMET - Call of Cthulhu

Get THE UNCANNY CURSE OF SEKHMET - Call of Cthulhu (Printer Friendly)

Get THE UNCANNY CURSE OF SEKHMET (Risus)

Get THE UNCANNY CURSE OF SEKHMET (Risus) - Printer Friendly

Get THE UNCANNY CURSE OF SEKHMET (VTT Tokens & Assets)

Want to watch an overview of the adventure? Check out my summary here (SPOILERS!)