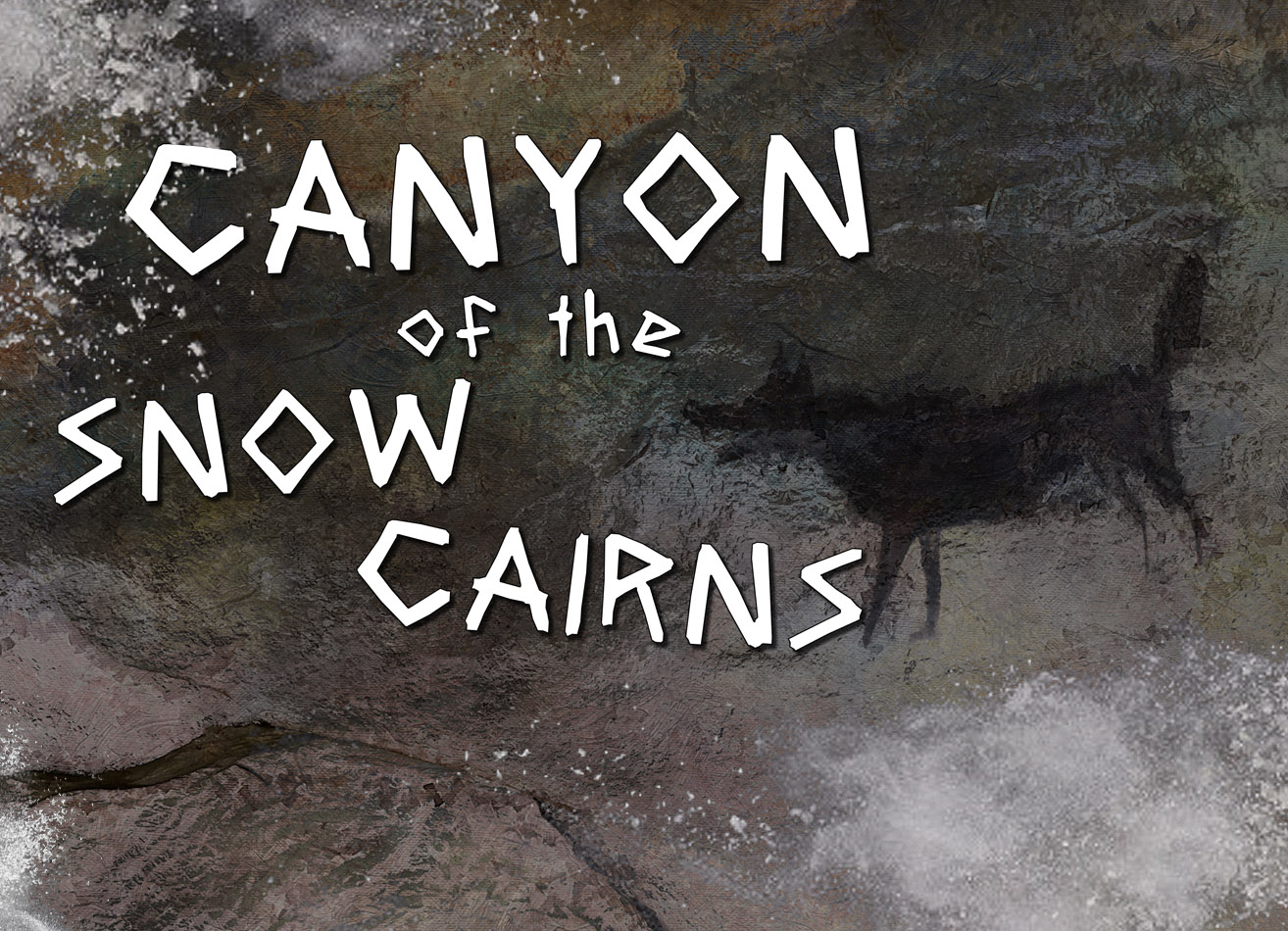 Lovecraft in the Ice Age – Canyon of the Snow Cairns

The ice age is probably the most ignored RPG setting. It’s also one of the best historical settings for Lovecraftian horror. Let me make my case:

For the ice age to really work as a desperate and alien setting, you need to fully embrace the setting’s quirks. If the ice age just feels like a fur-clad variant of medieval times, it’s not going to play right. For this month’s adventure, Canyon of the Snow Cairns, I decided I’d fully embrace all prehistory’s quirks and challenges.

First, I decided to brutally enforce the terrible tech. The ice age was 30,000 years ago! I made sure first aid was worse, barely viable, and was sure to talk about the festering wounds that appeared when those rolls inevitably failed. I also enforced breakage of stone weapons. While GURPS already has great rules for making stone weapons truly suck, I gave Call of Cthulhu weapons a Malfunction % to keep them truly unreliable.

Because my adventure is a one-shot, I made sure all the pregenerated characters have a history with each other. Many are related, some were foes in the distant past. Similarly, most of the NPCs are related in some way. Even when minor players from another tribe show up, I give PCs the chance of recognizing them and remembering their deeds. “Ohhh, that’s the girl from the other tribe that killed that big sabertooth last year with a lucky arrow shot!”

The most difficult challenge was enforcing the complete lack of literacy. Lovecraftian horror is full of old tomes, ancient manuscripts, and letters of correspondence. Avoiding these cliches was really hard, but I managed to replace written artifacts with messengers, primitive paintings, and visions.

To play up the feel of desperate survival, I made sure the adventure’s natural challenges were as hard as the supernatural ones. The cliffside mastodon hunt has just as much of a chance of killing a PC as the Lovecraftian monster in the middle of the adventure.

(And to not be a total jerk GM, I did warn my players in advance that every situation was going to challenge their survival. This, so far, has worked…)

Get CANYON OF THE SNOW CAIRNS (GURPS Ice Age)

Get CANYON OF THE SNOW CAIRNS (Call of Cthulhu)

Get CANYON OF THE SNOW CAIRNS (Call of Cthulhu) - Printer Friendly

Get CANYON OF THE SNOW CAIRNS (Savage Worlds) - Experimental!

Get CANYON OF THE SNOW CAIRNS - VTT Tokens & Assets

If you’re interested in a video overview of Canyon of the Snow Cairns, check out my YouTube channel:

What other settings compete with the ice age for sheer savagery and terror? Let me know in the comments below.