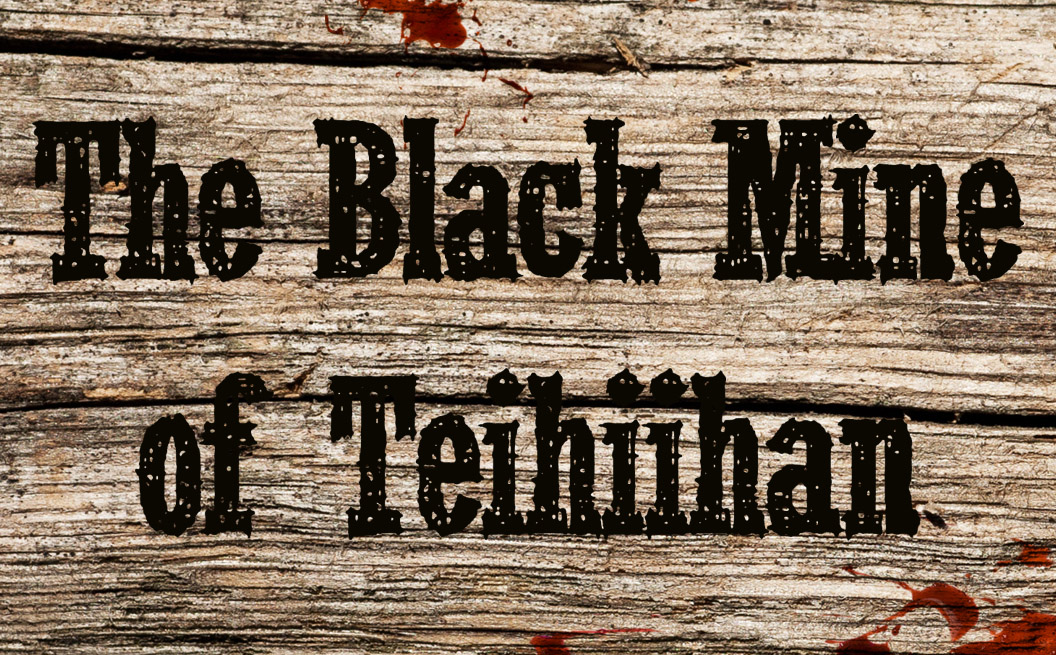 Old West Horror – The Black Mine of Teihiihan

I was drawn back into Call of Cthulhu when one of my friends started running one-shot adventures for his teenage son. Suddenly, even old, barely-remembered adventures like The Haunting were magical again, and we were all having a blast tromping around abandoned cabins, fleeing cultists and Deep One-infested lighthouses, and laughing as we inevitably went crazy and died horribly (and in one instance, vice versa). I was inspired to write my own Cthulhu-esque adventure, and set myself four goals:

The adventure resonated. The PCs’ health (and sanity) was whittled away over the first half of the adventure, motivating them to keep moving. They figured out Hoowooni’s weird plot in the last half, made it to the final encounter in the mine, and then everything went to hell due to poor planning and worse luck. I think only one or two survivors limped back to civilization… which was everyone’s favorite way for a one-shot horror RPG to end.

All adventures have flaws, and The Black Mine of Teihiihan is no different. If I spent some time revising it, I’d make some changes:

That sums up design and execution of The Black Mine of Teihiihan. You can download and give it a try here:

Anniversary Update: The Black Mine of Teihiihan has been one of the most popular adventures on the site. I’ve also run it several more times since the first time. To celebrate its two anniversary, I’ve updated the adventure. Not only are some of the issues mentioned above fixed, but I’ve also clarified some sections, added bookmarks, included two new battle maps in the VTT assets, and, for GURPS players, include .GCA files in the VTT assets so GMs can import them into their VTT of choice. Enjoy!

If you run the adventure or play in it, all that I ask is that you let me know what you thought and how it went… especially if you get blown up by your own stick of dynamite in the mine. Post a comment below or tweet me @SageThalcos