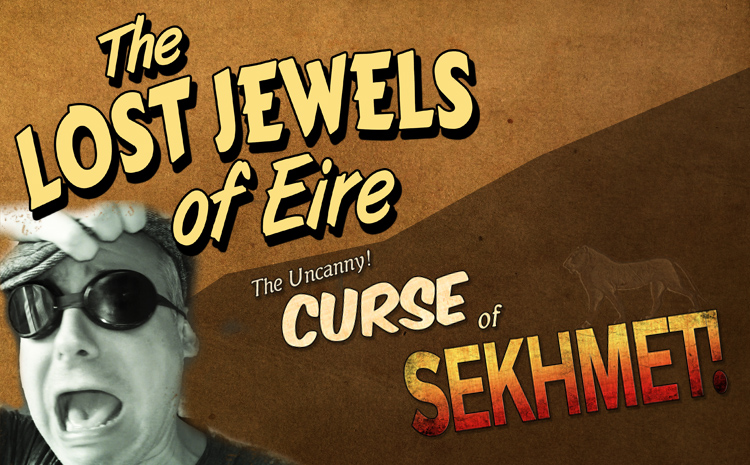 The two pulp adventures on this site, The Lost Jewels of Eire and The Uncanny Curse of Sekhmet are big favorites. I personally think pulp is one of the best genres for one-shots, and also perfect for taking a break from typical D&D style fantasy games. Big characters, high adventure, lost artifacts and civilizations, and punching Nazis in the face — what’s not to love?

This month, I made some big updates to the two pulp adventures. If you’re planning on running one of these, make sure you grab these latest versions! Update: Since I wrote this, these adventures have been updated again! There are versions available for Broken Compass, as well as an audio introduction for The Curse of Sekhmet. Enjoy!

If you follow the latest hobby news, you’ll have seen that Big Dice Games acquired the rights to S. John Ross’ classic beer-and-pretzels, anything-goes RPG Risus. Inspired by the old Ghostbusters RPG (which in turn inspired the Star Wars D6 system), Risus is a great and easy RPG to play with folks new to the hobby (and like these adventures — it’s free, too). I’ve converted The Curse of Sekhmet over to Risus. If you want to see more adventures written for Risus, let me know in the comments below.

All of the PCs in both pulp adventures have been updated with color portraits, capturing the look and feel of 1930’s comic books. Also, all the tokens in the adventure have been colorized — thanks to Photoshop’s new colorization neural filter… definitely cool new tech to add to my arsenal of AI hacks to quickly make decent PC portraits!

The adventures have been played enough times now that I tweaked the balance of some of the encounters. Now, players won’t get so easily overwhelmed by thugs and tomb guards! Also, readers have given a lot of good suggestions that have been incorporated into the adventures, so you’ll find some small tweaks and changes throughout.

The Lost Jewels of Eire has been updated to include a detailed illustrated VTT map for the Predjama Caves at the beginning of the adventure. Just import it into FoundryVTT, Roll20, or your other tool of choice and enjoy!

The Curse of Sekhmet missed a big opportunity for an obvious handout — the inscription inside the mysterious (and dangerous) Contemplation Chamber of Sekhmet.

For GURPS players, both adventures now include .gca and .xml versions of the characters, so you can easily drop them into your favorite VTT, or more easily update them between sessions.

In another attempt at trying something different this month, I’ve recorded a 13-minute overview of The Curse of Sekhmet. If you’re a GM who wants to get a feel for the adventure before committing yourself to running it, take a look! (SPOILER ALERT! If you’re a player who wants to play this one… pass this on to your GM instead!)

Get the FREE adventures here!

Want to see more 1930s-style pulp adventures? Let me know in the comments below!