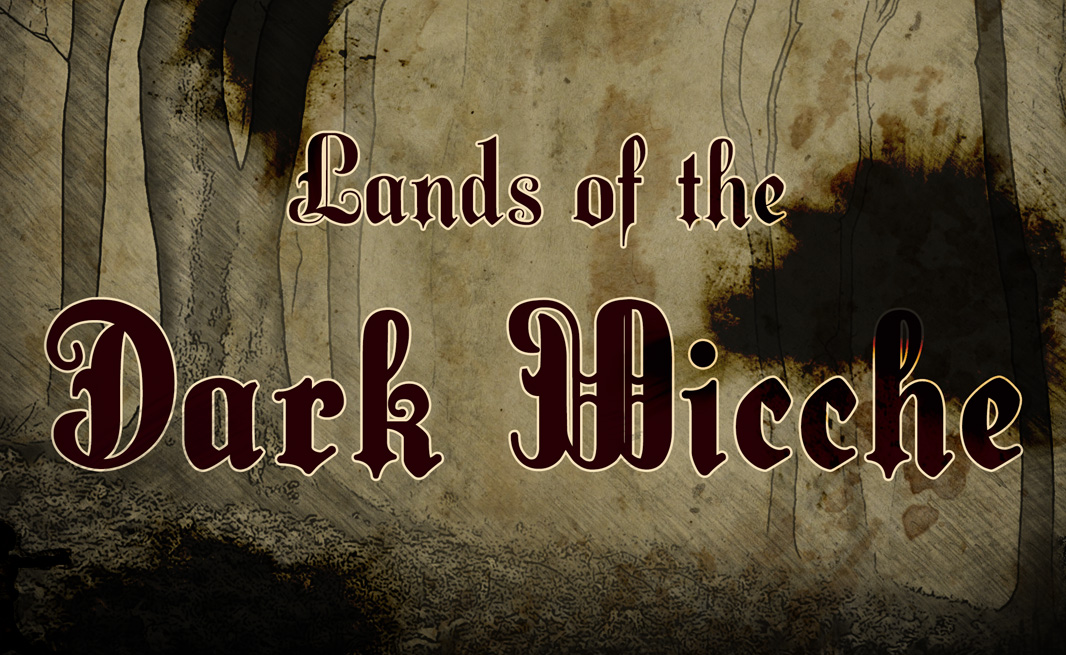 One of my favorite old-school videogame RPGs was 1992’s Darklands. Set in medieval Germany, the game was brutally difficult, seeped in superstition and folklore, and — way ahead of its time — a massive sandbox you could explore. It was also incredibly buggy, had UX issues, and required some some serious autoexec voodoo to get to work (any gamer over the age of 40 knows what I’m talking about).

The result was I spent a lot more time thinking about playing Darklands than actually playing it. But the game stuck in my memory, and when I saw a new version of Call of Cthulhu Dark Ages had come out to rave reviews, I decided to try to reinvent the feel of superstitious, middle ages Germany from my memory.

Set in the early 1500s, the adventure Lands of the Dark Wicche trades traditional Lovecraftian horrors for the terrors of folklore — witches, fiery men, block mountains, and devil worshippers who lurk in the forest.

On the surface, a horror game set in the medieval era can feel a lot like a traditional fantasy game. You have swords, villages, bandits on the road, and some monstrous beast waiting to devour the heroes. But a medieval or dark ages game deserves its own feel separate from typical fantasy games.

Here’s a few tips to make your medieval games feel different from fantasy:

Following these north stars helped Lands of the Dark Wicche separate out from a typical fantasy adventure. I also think that the avoidance of Lovecraftian monsters surprised my players. Being a Call of Cthulhu Dark Ages game, they were waiting for the cultists and summoned tentacled beasts to show up… but instead found bizarre situations they didn’t quite know how to handle. Discomfort is great in the 1400s.

Download the free adventure, Lands of the Dark Wicche, here:

Get LANDS OF THE DARK WICCHE (GURPS Middle Ages)

Get LANDS OF THE DARK WICCHE (GURPS) - Printer Friendly

Get LANDS OF THE DARK WICCHE (Call of Cthulhu)

Get LANDS OF THE DARK WICCHE (Call of Cthulhu) - Printer Friendly

Get LANDS OF THE DARK WICCHE - VTT Assets & Tokens

Do you have any tips for separating medieval from fantasy? Let everyone know in the comments below.